A downloadable game for Windows, macOS, and Linux

When Lina decided to go to the park to finish reading a book she couldn't have anticipated that misplacing her glasses could lead to paranormal encounters.

I love your game. ^.^ This is my second time playing and I though it has so much depth, packed in such a short and beautiful game. *w*

I love Lina as much as other characters. And I'm so touched by Caleb and his thoughts on the sky, so very well said and I think his best (?) ending wraps everything up so well.

Thank you for sharing your beautiful writing and art with us. ^O^/

Thank you so much for the kind words! <3
Most people don't think of the MC as a character. Lina likes feeling appreciated too haha

I'm so glad that you're still around. I love MCs with their own agencies! ^.^ I find it so hard to get into games with less characterized  MCs nowadays, it's probably due to the fact that there are so many of them out there. I think falling in love with the MC is as important as falling for any other characters in the game. *w* And Out of Sight does a very good job of that hi hi.

Take care and much love,

Got ending 3 for my first run through, beautiful. It made me cry, cant wait to see the other endings

Congrats! Thank you for playing ^_^

I'm confused on how to get ending zero. The walkthrough says after completing all the endings, play again and choose "go back to sleep." Where is this option supposed to show up?

It's an amazing game though. I absolutely loved it!

Thank you! The choice should appear next to "try to find help" and "keep searching". If you don't see it, it means some other ending is missing.

After playing an otome game, I  browsed the internet and stumbled on this amazing game. I thought it was a sappy one to be honest, but this made me really sad. And touched. I feel like the endings were a bit incomplete  because I really like happy endings. And tragic ones too. I lean more on the tragic ones but I feel like happiness suited this story more. But! I love this game. The artwork is amazing, and as a writer and a reader, I really like your story! Hope you continue on many more amazing games like these in the future!

P.S. To be honest, I downloaded this cuz of the positive reviews. I never regretted it though XD

I'm so glad you gave Out of Sight a chance and that you enjoyed it. <3

This was beautiful but so sad, the 'happy endings' were so sad but it was so good

Caleb's path was beautiful; it held a lot of emotion and  heart. I love how you introduced the backstory, kept his personalty, and yet at the same time managed to further the main character. Speaking of main character,  I felt as though I could feel what they were... the artfully drawn scenes were a nice touch.

Orion's path... well what can I say? The first time I played I fell in love with this crazy bastard and now? Now, I'm obsessed with this game.

Often times when someone has a nice story their art suffers and visa-versa. This one was exquisite both in art and in stories. For the well managed balance you've earned a follower. Great Job!!!

I just discovered this game today and gave it a shot. Long story short, it was defnitely better than I expected. I still felt so incomplete even with their best endings, but it's probably because I just wanted to see them actually be together cos I'm a sucker for really happy endings. XD XD

Seriously though, this is such a great game! I honestly became really teary-eyed at some point of the routes because I felt so sad. I could relate to this game too, because I am one of those people who wonder what happens when someone dies - not like I want to, not yet. But the concept of death is just so intriguing, not in a depressed way, but I'm a curious person so I do have these thoughts sometimes.

Caleb and Orion are so handsome and their personalities were greatly entertaining. There's also some kind of charm in only being able to see what they really look like at the very end of each route. It kind of makes you appreciate them more haha. Thank you for making this game, and I'm very pleased that I stumbled on this in the vast world of the internet somehow. The storyline of this game is very unique, and I'm looking forward to see what other kinds of visual novels you make in the future :)

The angel was very hilarious by the way. <3

I always tend to want to give every story a happy ending, but that just gets boring. I find that the stories that stick with me long after reading them are not the happy ones. It's usually the ones that leave me hoping for more, because they feel more "real" in a way :)

Hello! I was wondering if Tranquil l Tempest is still in the works?

Wow, I love this game especially the Caleb route! I've seen a little boy 'ghost' when I was younger but it was always just a flash of his face appearing, playing this kinda made me think about that time... I wish he would come back, cause I was afraid of 'him' and told 'him' to leave me alone... Really nice game! Loved it!

So glad you liked it. It's really interesting hearing ghost stories. It's never happened to me, but I do think they could exist.

This game is so good!! :) Was super shocked with the plot twist LOL

I am really glad you liked it! I enjoyed seeing your reaction while playing and your voice was really nice and soothing ^_^ And it also made me see some of the typos I had missed too hehe. Thank you for taking the time to play it!

i loved it so much. Short but perfect! They Boys were also great and handsome *-*

Thanks for making this game it really made happy! :)

I liked this game.It's very different from what I've played before and it gives a certain feel and perspective.

PS:I read on lemmasoft that you're from Romania,and my jaw dropped,because I am too hehe

I'm glad you liked it! Nice to see others from Romania here too. ^_^

This is trully a sublime story and soft approach to the topic of death.... and pardon me if I feel related more to Orion's story then Caleb's (I got the 7th ending first btw, maybe that's the source of the bias :D )

Thank you so much! I actually love hearing that some people like one path and some the other. To me it means that there is some merit to both. ^_^

That was so adorable!  It was a nice change from my 50+ hour visual novels.  Plus, I'm extremely near-sided and have horrible eye sight also (-7, -7.5).  I hope I can find some men at the park one day!

Thank you for making <3

You're very welcome. My eyesight is almost as bad, I know that feel. Let me know if you find cute ghosts in the park haha

OMG IM CRYING this is a reall real reekn'fg'r;gawfin THIS WAS GREAT I CANT TYPE MY EYES A BLURRY but this is really beautiful and that ending 0 XD SUMMER U DA BEST GURLLLL

Thank you for such a beautiful game. I got misty-eyed in most routes and that doesn't happen to me often! Great writing and so great to have so many satisfying conclusions. Well done! Oh, and I wanted to compliment the art - my eyesight actually is about as bad as Lina's and it was cool to see a version of the Impressionist world I see when I'm without glasses or contacts.

Thank you so much for playing and I'm really glad you enjoyed it! ^_^  My eyesight is pretty much just as bad and the fear of one day being out in the world without my glasses is what inspired me to write this story in the first place.  That and the wishful thinking that there is some sort of other "sense" that could compensate for my bad eyesight haha

Right? We deserve some kind of sixth sense to make up for it. :)

I really loved the game.

Amazing storyline, and i instantly fell for both of the characters and shed tears at all of the endings. The whole game had a mysterious aura and since i played every single ending i can say that this is one of the best short VN i've played so far (and i have played many). Do you consider to make a sequel or is this the ultimate end of the game?

Thank you so much for playing and taking the time to comment. ^^I haven't thought about a sequel, I am pretty happy with how things ended with each character. I am working on other games though :)

It's a lovely game, very interesting and pretty. I got the 'A strange world' ending and it's quite sweet.

Thank you very much for playing! :) That is my favorite ending hehe

Hey love the game though i've only been able to get 4 endings, a better place, forgotten, a strange world and grateful. It would be nice if you did a guide.

Glad you liked the game. You can find a guide here. Hope it helps! 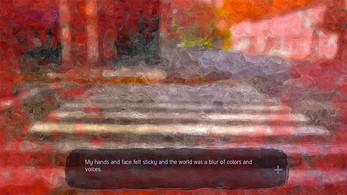 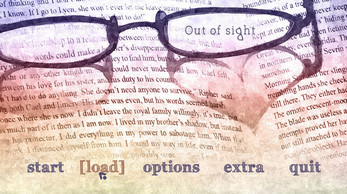